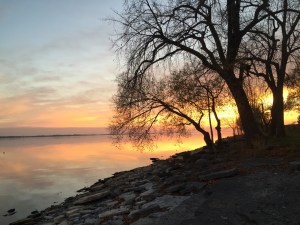 With the help of some incredibly generous and talented folks, we made it! Ariose is as good as new and we’re on our way. We just completed our first full day on the New York State Canals, after successfully crossing Lake Ontario yesterday without incident. Well, there was one small incident.

It was a sea ritual of sorts where one makes an offering of one’s stomach contents to Neptune. That was nothing, though, compared to Take One, our first attempted crossing,  2 weeks ago. THAT was far more nauseating. 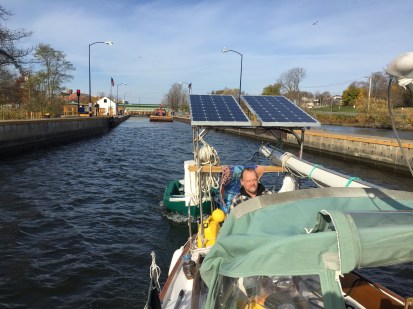 Into the NY Canal System 3 days before it closes for the season.

So we’ve made it into the canals, a mere 3 days before closure. The lock operators tell us we’re expected to be the last recreational boat through – how’s that for a place of honour! They’ve reassured us that we will not spend the winter mid-lock, they will allow us to continue beyond the November 20th official closing. 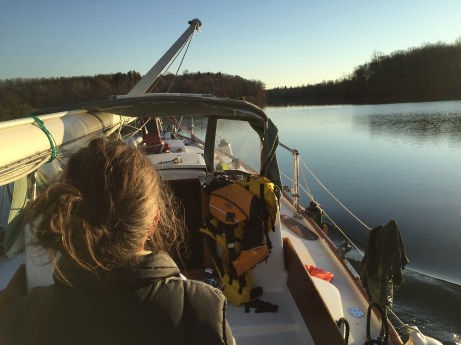 We have yet to figure out our internet access while cruising without blowing our budget, though, so will keep this Ariose Note really short. Some folks who have been following us will wonder if some Trump-esque policy has already been initiated, and we’ve been deported from the US with some strangers having now taken over Ariose Notes since brevity is so out of character for us. Nope. It’s us. Nothing like tight finances to force succinctness!

We’ll get out a longer post next time we hit a café with access, but in the meantime, just wanted to share the good news. More to come soon. 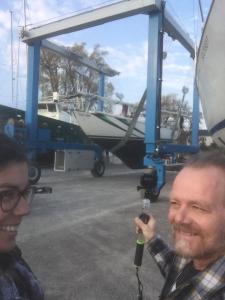 Craning in again for take 2! 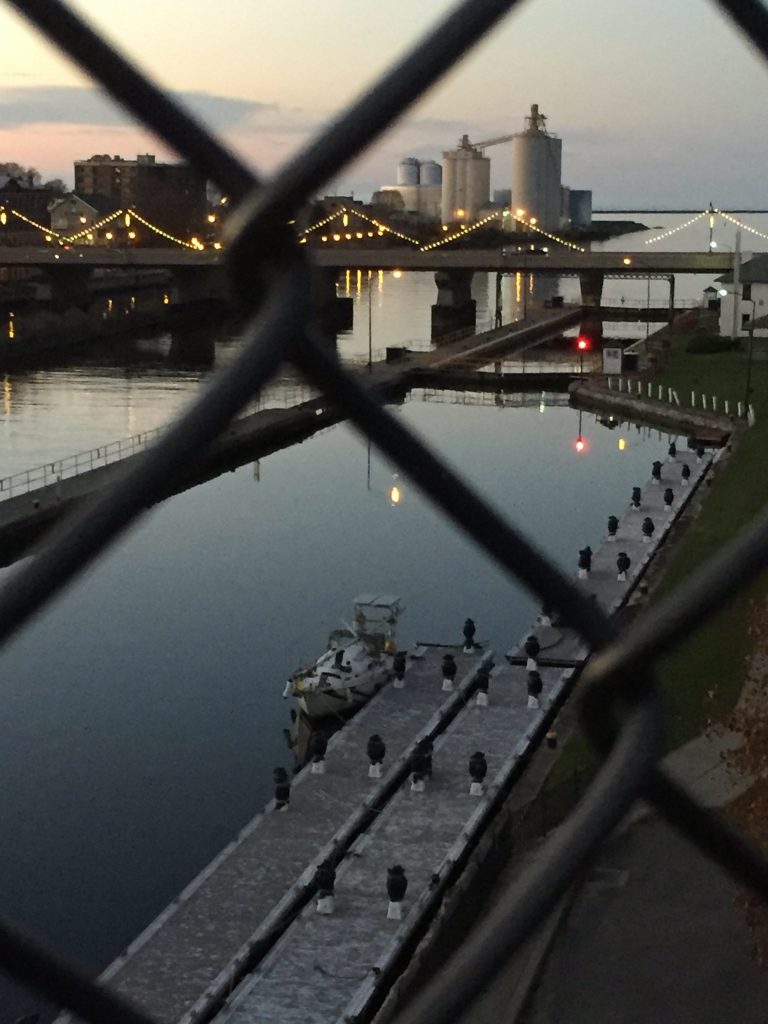 Oswego, NY. Last recreational boat in the canal means we’ve got the locks & docks to ourselves.